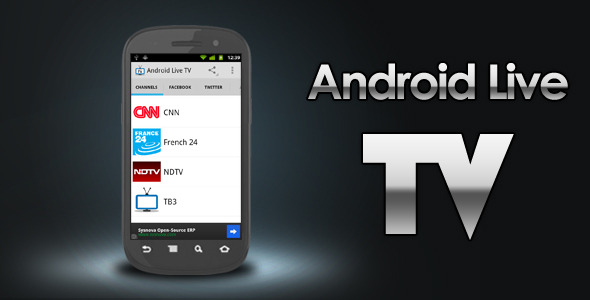 With the tremendous speeds of Broadband and high prices of cable, it’s a no-brainer that most people prefer online sites like YouTube, Netflix, and Hulu. They provide with minimal and targeted ads unlike more ads and less content like a TV channel, or no ads for paid sites with a massive catalog of movies and TV shows. Below are some of the most popular Live TV streaming sites and apps, some of these are free, and some are paid services. Read them and find the most suitable one according to your needs.

Mobdro app is one of the most popular apps for people who are interested to live stream channels on PC or mobile. They have a vast no of channels available with different categories like Movies, TV, Sports, News, Gaming and more. Each category has channels related to those categories and Sports is one of the most popular category used by the viewers. Also, the Mobdro app is entirely free to use with no paid version. It is a must-try live streaming app if you are interested in watching TV channels on your Smartphone or Smart TV.

If you are looking for a true TV experience on your smartphone or laptop, then you should know about DirectTV Now. DirectTV Now had a vast catalog of channels, up to 125 channels in the highest pricing subscription at 75$ a month. They have lower subscription channels too at 40$, 45$, 55$, and 65$ with 65+, 90+, 85+, and 105+ channels respectively. This way it is easy to select the best suitable subscription for you, they also have add-ons like HBO, Cinemax, Showtime, Starz for 5 to 8$. This could be a great deal for many who are looking for options to live stream.

TVTap Live TV previously known as UK TV Now is not only one of the easiest to use live TV streaming app but also has a good collection of channels to watch for free. Users are not required to sign up or log in to watch Live TV, all they need to do is install the app select the channel they need and start enjoying the content. They had more than 400+ channels of different regions like Europe, the Americas, Asia and more. Users can also watch live TV on your television too by connecting to chrome cast or installing on Amazon Firestick.

If you are looking for live TV streaming apps, then you would have already stumbled upon Hulu. Hulu App is best for people who are living in the United States as it has limited channels of around 50 most USA channels. Therefore, it doesn’t have good no of channels for the outside USA. However, if you are from the USA then at 40$ Hulu comes with Live TV channels along with the Hulu streaming Library that contains plenty of movies, shows, Hulu originals and more. Also, you can play Hulu on plenty of devices from Android, iOS, Fire devices, Smart TVs, XBOX, Nintendo Switch and more.

Sling TV which is available for only US residents is another best live TV service one can find, and they have flexible plans and add-ons. If you are outside the USA, then you can watch it by getting a VPN that provides USA IP address. They have three plans Sling Orange, Sling Blue and an Orange + Blue Combined pack; the plans cost 25$, 25$ and 40$ respectively. Also, they have a vast number of add-ons like international, comedy, Kids, Cloud DVR, Sports, and more each costing 5$. If you are looking for an easy to use and access channels you need at reasonable prices, then Sling TV is the best service you can opt for. Also, they do support different devices and operating systems like Android, iOS, Mac, Windows and more.

RedBox TV is a free app similar to Mobdro, but it had more channels than Mobdro making it suitable for people who need channels. If you are from India or Pakistan, it had channels of these areas too, mostly sports, music and knowledge related channels though. According to its web page, they have 1000+ channels from 15 different countries which is a vast collection and could satisfy users from different countries.