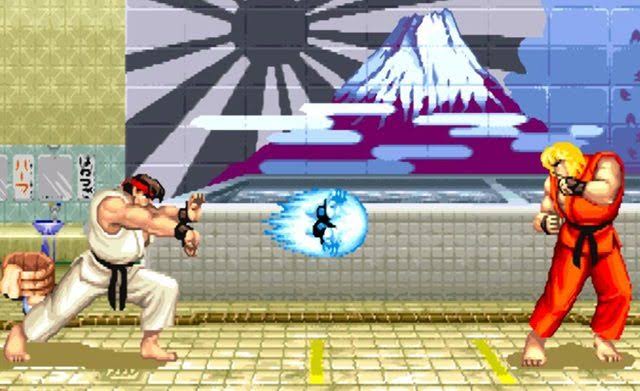 We can fool all we want, but the reason we download retro games has little to do with its playability, design, or plot. The reality is that the nostalgia factor is the one that best makes these titles work on Android.

That is why making a list with the best classic games available on Android is not an easy task. Open any of the ones we propose here and from the first second, you will be filled with family memories, fights with siblings, and sleepless nights trying to overcome the same level.

All these games are associated with personal memories and, for most of us, they played a decisive role in our childhood. Therefore, little objectivity can be had when trying to decide which are the ten best classic games of all time, although many will agree that the next ten titles make up the list of essential retro games for any nostalgic player that boasts.

One of the oldest games that exist. The PAC-MAN game has been ported to Android repeatedly, always trying to give the original a twist. However, if what we are looking for is a pure gaming experience of PAC-MAN, the version developed by Bandai-Namco will not disappoint us.

We will have a classic way to remember the scenarios that we already played many years ago. And when we get tired, we can always play the new scenarios that the game includes. PAC-MAN is available in the Play Store for free, although it includes in-app purchases in the form of new maze packages.

Galactic Nemesis is an updated version of games like Galaga or Galaxian. The aliens are invading the galaxy and we must save it aboard our little ship. With really simple controls, we will have to destroy enemies but also picking up objects that will help us improve the capabilities of our ship.

The Galactic Nemesis game is available for free in the Play Store but includes in-app purchases.

One of the most important games of the Neo Geo console also has its version for Android mobiles. Metal Slug 3 culminated in the Metal Slug saga with a very complete game. For those who do not know, the mechanics of the game are very simple: move forward and destroy. The game for Android includes from the Campaign Mode for a player to the possibility of playing in cooperative mode by connecting two devices via Bluetooth.

Metal Slug 3 is available in the Play Store with a price of 3 euros.

R-Type was one of the most important shoot-em-ups of its time. In it, we must make our spaceship defend the earth from an invading force from another planet. A fun and addictive game, but also quite difficult. In the Android version, we can control the ship using touch, or through a joystick that will appear on the screen.

The R-Type game is available in the Play Store with a price of 2 euros.

In our selection of retro games could not miss a fighting game. In this case, we have selected the Android port of the game SoulCalibur. And we have opted for it because the Android version is very good. The graphics of the original game have been improved but keeping all the essence of the 1998 classic. The game offers us 6 game modes and 19 characters to choose from.

But here comes the bad part. SoulCalibur is available in the Play Store with a price of more than 10 euros. Of course, we can be sure that we will have a fighting game on our mobile that is almost up to a portable console.

Although we will not be able to emulate the experience of playing with a pinball table of the real ones, there are several games in the Play Store that can help us take off “the morriña”. One of the best in Pinball Arcade. The game offers us up to 70 classic game tables reproduced with pretty good 3D graphics.

Pinball Arcade can be downloaded for free from the Play Store, although if we want to play all available tables we will have to pay for some of them.

Another World is a reference in the world of video games. It was initially launched for Amiga computers in 1991, but later it has been taken to virtually all existing platforms. How could it be otherwise, in Android we also have available this impressive game, essential for any retro game lover. A platform game that will allow us to play using the touch option or the classic pad on the screen. The graphics and sound have been improved to adapt them to modern times and the game offers us three levels of difficulty.

The game Another World is available at Romsie for free but in the Play Store with a price of 4 euros.

One of the most fun car games of all time. Crazy Taxi arrived on arcade platforms 15 years ago, to later appear on consoles such as Dreamcast or PlayStation 2. The game is very simple: we will have to pick up the passengers and take them to their destination before the end of time. The game has been ported to Android by Sega itself, so it keeps all the features that made it a classic.

Crazy Taxi is available in the Play Store with a price of just under 5 euros.

Double Dragon is one of the sponsors of the beat ”˜em all cooperatives. The game first appeared in 1987 but has been ported to several platforms since then, from the GameBoy Advance to the Xbox 360. Double Dragon Trilogy is a collection specially optimized for mobiles that include the three episodes of the arcade saga: Double Dragon, Double Dragon 2: The Revenge and Double Dragon 3: The Rosetta Stone. The game offers controls adapted to mobile devices, two game modes, a cooperative mode via Bluetooth and compatibility with most Android controls.

The Double Dragon Trilogy game can be found in the Play Store with a price of 3 euros.