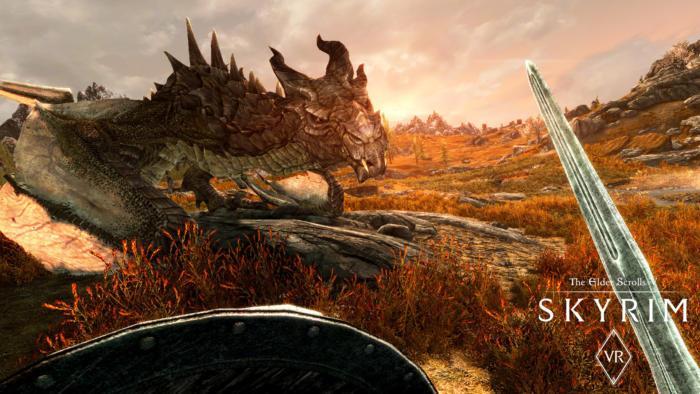 The Elder Scrolls Skyrim is one of the most popular games that are ever launched with more than 15 million copies sold worldwide till now. If you have played this game then you must have experienced how amazing experience it can be to explore a vast world inside of a game having various numbers of quests and opportunities.

These kinds of games are also somewhat decision driven games where the journey of the gamer is decided in order with the decisions he makes in the game world.

Skyrim was released on the 11th of November in 2011, and is available on various platforms that are PS4, Nintendo Switch, Xbox One, PS3, Xbox360, and Windows platform.

Since we all like to play various games, many gamers are seeking exciting and adventurous games like Skyrim. So, today in this article i am going to tell you about some of the best games that you must play that are as exciting to Skyrim. Let’s get started:

Fallout 4 is another open-world extravaganza game where you can roam around in an open world and can spread as much chaos as you want. It is also available on various platforms like PS4, Xbox one, windows, etc.

Here you can roam in the open world without caring for the main storyline of the game. It is fun to play & readers must try it for once.

The Witcher 3 is also an awesome game to play, with a very nice storyline. The graphics of the game are nice and its gameplay interaction is very enjoyable. It has magic, monsters to fight with and an open world to explore with vast opportunities.

It is available to play on various platforms that are PS4, Xbox, and windows. Just like Witcher 3, a game for Android users – Big Hunter (Along with its mod) is now launched.

Farcry 4 is also a good alternative of the Skyrim, unlike Skyrim, it doesn’t have magic and other things but you do not need to worry the game theme of FarCry 4 has a lot more to offer with real-time action, offering a big map of the open world where you can freely roam and fight enemies, enabling the user to unlock new skills and abilities. The game has a wildlife theme so in your journey you will face many bloodthirsty animals to fight.

It is available to play on various platforms like PS4, PS3, Xbox, Windows, etc.

Dragon’s Dogma is the game that came to the sight of gaming federation after lots of positive reviews and its awesome storyline. The theme and gameplay of this game are similar to Skyrim and have won many awards in the past.

It is an open world where you can roam around freely exploring it whilst opening many quests in the journey. You can choose among various characters like warrior, fighter, sorcerer, or others at the starting of the game and will play the game as that character only.

Each has its own unique ability and powers to fight various monsters at various levels of the game.

It is available on various platforms that are PC, PS3, Xbox, etc.

The God of War game series is one of the best games and my personal favorite game. The game has a similar theme as of Skyrim, but has an awesome storyline from the first part till the newly released god of war 4 in 2021.

All these parts are bestsellers games in their time, and I recommend them to play once. The game story revolves around a Spartan named “Kratos” and his journey of becoming the god and his quest among them to reach new heights.

The game is only exclusively available on Sony’s play station platform and other than recent part of the game all others can be played on PS3 but for the latest part you need PS4.

The Dark souls 2 is a game which worth its name, it has just one thing in its gameplay that’s killing or you will be killed. It has various options like online multiplayer, vs. mode, and others. The graphics of the game is awesome and I also recommend playing its first part too if you like this one.

It is available on major platforms like PC, Play Station & Xbox.

Ryse Son of Rome provides you an open roman world, and if you like Roman history than this game will provide you the best gaming experience ever, but not to worry even if you do not know about roman history even then this game is very enjoyable.

Here you are in an open roman world where you have various task to complete plus you can roam other places which are all interactive to the gamer and will tend to give you knowledge of how the real Roman Empire was in history.

The gameplay is very easy, and you will get everything in this game an insufficient amount that you want. The story revolves around a roman warrior, who is avenging his family.

The game is available on PC & Xbox.

This game also includes an open world, so you can freely explore the lord of the world of the rings and fight evil forces. In the brief gameplay storyline your character’s family was killed by Sauron and you were also killed, then by magic you come back to life to avenge your family.

In the game you will learn new skills which will be helpful in coming levels of the game; I will say that if you enjoy Skyrim then you will definitely enjoy this one too.

The game is available on platforms like PS4, Xbox, windows, etc.