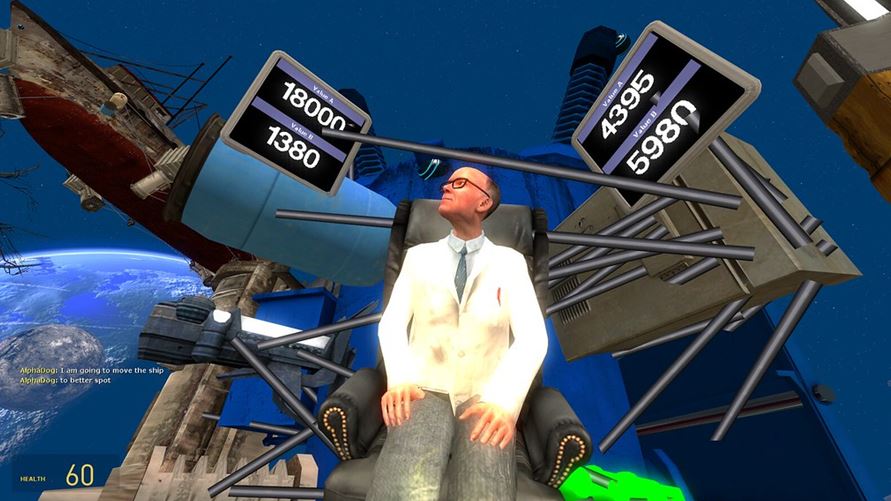 Although it’s unusual for video games, Garry’s Mod remains incredibly popular for over 15 years. Initially, this sandbox game-development simulator was just an indie mod for Valve’s most popular title Half-Life 2. In 2006 it became so well-recognized that Valve offered Garry Newman to publish his modification as a standalone paid title.

The idea appeared to be successful and attracted over 20 million players. SteamSpy reports that Twitch streams and YouTube videos still generate over 3,5 million views per week. Garry’s Mod players created over a million games on the platform, and they’re available for anyone on Steam Workshop. Our colleagues from IndieGames.Download analyzed the franchise in detail, and here are some exciting things they dugout.

Today, Garry’s Mod is an extremely diverse sandbox platform. It’s not only about manipulating 3D models and experimenting with physics, but also about elaborate Lua scripting. This lightweight programming language provides you with nearly unlimited options for modding. You’re free to upload your own 3D models, such as weapons, vehicles, entities, NPCs, and even standalone modes, and endow them with original behavior and properties.

Using this feature together with Steam Workshop, creators flooded Garry’s Mod with 1.3 million of customizable objects for any purpose. Do you want to build a horror-action shooter? Ok. An elephant racing game? Why not? In addition to Lua scripting, the game is powered by the special modification of Source’s Havok physics engine. It enables simulation of realistic physics, allowing simulations of complex structures and any kinds of experiments. You can use it just for fun or to create high-grade video games with plot and missions for PC, Mac, and Linux.

Once there was a JBMod for Half-Life 2. It offered players nearly the same sandbox environment, but a huge fan of it, Gary Newman, was unsatisfied by the slow pace of development. Instead of writing complaints, he decided to come up with his own modification. Newman says, “It is kind of funny to think back. But to be fair, to JBMod, Garry’s Mod would be nothing without them. I started it out of frustration and how slow they were at developing it. Then the competition with them spurred me on more than anything else could have”.

In fact, the competition was almost imaginary. JBMod team hasn’t even released anything, but their promises were so big that Neman became paranoid. He worked nights and days to make sure that his update will be better.

Gary Newman could spend so much time working on Garry’s Mod due to revenue from a dating website that he ran. By the way, the idea of the site came up similarly to Garry’s Mod. Newman looked at his boss, the owner of another dating site, and decided to create his own one to work less and earn more money. Let’s consider it as his first mod for his job.

The whole site was automated, so Garry had plenty of time and money to spend on development routines. However, he considered G-Mod as a hobby and didn’t expect it to become profitable. That’s why he just laughed out loud when Valve offered him to start selling it. Several months later, he agreed because it was the simplest way to avoid recoding the mod from the ground up. He didn’t believe in success, but Valve knows how to sell anything and they’ve sold millions of copies since 2006.

In April 2011, some players of Garry’s Mod began facing a mysterious error “Unable to shade polygon normals.” Of course, they were disappointed about that and flooded the official G-Mod forum with complaints and cries for help. Gary Newman is a generous person, and he helped every gamer who faced this inconvenience. He even asked people on his Twitter account if they had the mistake. Then he banned them all from the game and restricted access to the forum.

Yes, that’s exactly what he did. Later, he explained his solution to the shocked community, saying that this error could occur only to pirated copies of the game. He created and enabled it secretively to punish pirates. At the same time, it was a successful attempt to give the players who bought official copies something to be smug about. The story became even more hilarious when Newman acknowledged that the error was crackable. He twitted, “You can’t stop pirates.. but you can troll them”. It’s one of the best mottos that we’ve ever seen on IndieGames.Download.

Garry’s Mod story is an excellent example of how a small hobby and a wish to make something better can turn into a large business. It underwent significant changes over the years, but preserved a vivid indie soul and multiplied loyalty of players. The next game by Newman’s Facepunch Studios, RUST, is also a huge success with high ranks from major gaming editions.