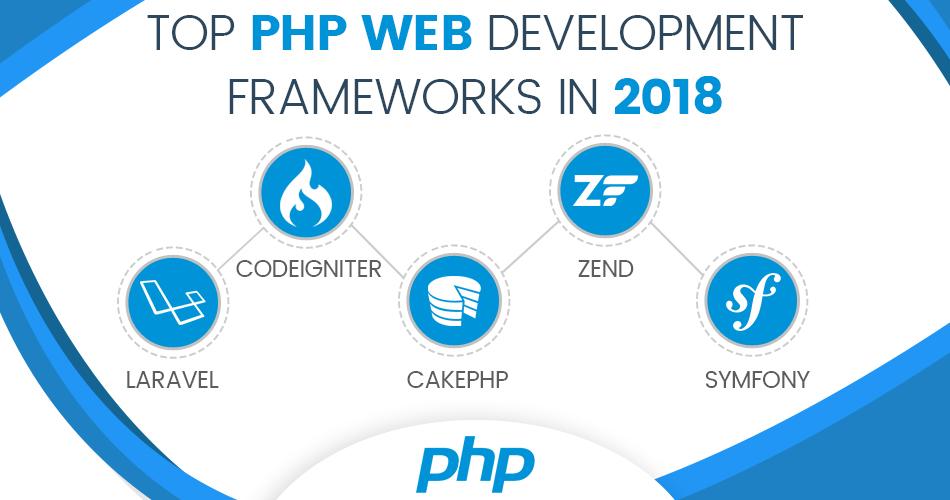 Every business online wants to upgrade according to the latest technology trends. The basic online presence does not cut it anymore and people are looking for new ways to stand out from the rest of the market. The Web is forever evolving and expanding and that complicates the process of creating feature-rich apps. In this situation, it is the plethora of web development frameworks available that is making problems easy.

Nevertheless, it could also be an overwhelming experience to select the right framework for an upcoming project in the myriad of options available. Each decision taken is important as it could build or kill a business under consideration. To help you out, I’m going to be talking about some of the best web development frameworks that help get quality work done in less time and cost.

A very popular framework among the web developers, AngularJS is a JavaScript MVC framework that is perfect for building single-page web applications. It is an open-source, front-end framework that came out in 2012 and has become a favorite of many since it’s upgradations.

It was Angular 2 that created much hype and now we have Angular 4 which is even more promising. As AngularJS is based on HTML and JavaScript, there is no requirement to learn another syntax or language. Angular Tutorials can be found online where many frameworks have been designed by passionate web developers themselves, this one is built by some highly skilled Google engineers.

Talk about back-end development framework, and we have Laravel coming up as a hot favorite. It’s a free open-source PHP web framework that was developed by Taylor Otwell and introduced to the world of developers in 2011. It was built with the intention to create one- of- a kind quality web applications following the MVC architectural pattern.

For many who think that development can bring in some pain, Laravel simply helps prevent it by easing out common tasks such as authentication, sessions, routing, etc. Its goal is to help get the work done without compromising on application functionality. Learning Laravel is considered one of the best PHP frameworks because of its performance, features and the scalability it offers.

Here’s another preferred framework, React, js, which is an open source, JavaScript library used for building user interfaces. Mainly used for single page applications, this framework is maintained by Facebook along with the support from large developers’ community.

React aids developers to create large web applications with data that can be modified from time to time without page reload. It is not only just simple to learn, but it’s also fast and scalable. One can use React.js in combination with other JavaScript libraries or frameworks, such as AngularJS.

A developer’s favorite, Node.js is not simply a framework but it is an open source server environment. It is a cross-platform runtime environment whose applications are written in JavaScript. This means that it can on different platforms like Windows, Unix, Linux, Mac OS X, etc.

It runs a non-blocking and asynchronous programming that helps create fast network applications. Since it is capable of handling a huge number of simultaneous connections without any problems, it is also scalable.

Ruby on Rails(RoR) is one of the hottest frameworks for web developers. It was build to make programming fun and make developers happy. It powers some of the most popular sites like Twitter, Airbnb, GitHub, Hulu, etc. One thing for everyone to know is that in Ruby, everything is an object.

It has many incredible features such as automatic memory. It is a free, open-source framework that runs on Linux. It is not only very easy to learn but also helps one to quickly move from the planning stages to actual development.

CakePHP is another open source PHP web development framework which has been popular within the developers’ community since the very start. Being one of the foundational structures for web application creation, it helps developers to work in a structured and rapid way.

Build on the concept of model-controller-view and association data mapping, it allows one to work without any sacrifice of flexibility. It’s coding made easy with CakePHP given that this framework contains detailed documentation and practical guides.

If you want to create dynamic websites or rich web portals, ASP.NET is the most one convenient framework to use. It is still considered as one of the best Microsoft web development frameworks since its inception in the year 2002.

It is an open source framework that is used by some of the top companies like TCS, Accenture, Cognizant, HP, and mostly offshore software development company etc. ASP. It is often said that applications and websites built with ASP.NET can be faster than a website built with PHP. It is both reliable and easy to use.

If you’re looking at enterprise level projects, you’re should consider Symfony. It is a stable PHP framework which helps developers build websites that are both scalable and flexible to change as per the business requirements. This is one of the top web development frameworks that can work with a variety of open source platforms such as Drupal, PHPBB and Piwik.

Following its launch in 2005, Symfony is the first framework whose features address real-world requirements. With 3,000+ contributors and 300,000+ Symfony developers, it is a huge community of passionate people committed ready to take PHP to the next level.

If you want your business to proliferate, don’t be skeptical about hiring web developers that promise quality services by utilizing the best web frameworks. Always remember that it is the functionality of the frameworks that will ultimately bring your online presence a good meaning. Consult your web developers and choose the ideal framework for your business project.

Syed Moin AliHello My Name is Syed Moin Ali and I am the founder of PC Learnings Here on this blog I write about Blogging, SEO, Internet Tricks, Social Networking Site, and Make Money
Posted in:
Computer And Window
Tagged:
Guest
Leave a Reply Cancel reply
Categories