The beautiful-looking cannabis flowers don’t look in such an awesome way by accident; bud trimmers make them in such away. Weed trimming plays a vital role in the history of cannabis cultivation and distribution.

Have you ever wonder what happened to that beautiful weed before it was delivered to your home. Trimmers are a very most potent part of the cannabis business. This cannabis grows in colas that look like a long cone-like cluster. It is the weed trimmer’s job to pluck out all the mold, leaves, dry spots, and other spoiled areas from the colas.

Weed trimmers are an important part of this bud harvesting and obviously of the selling process also, in today’s cannabis market. As most brands advertise eye-catching, attractively colored buds on their social media sites and dispensaries showcase the product under glass like precious gemstones; it is more necessary than ever that buds are well-manicured.

Weed trimmers are also responsible for eliminating dead bugs from your weed as these dead bugs are the main indication that the person is following sustainable and natural growing practices versus making the trees get exposed to dangerous and harmful pesticides.

Weed trimmers generally get paid for their job by the pound of trimmed flowers. Generally, this rate changes from year to year mainly based on how much does the seller can get from a dispensary. However, the 2021 standard is around $135 per pound in most of countries.

A fast weed trimmer can get through about a pound per day by working for six to eight hours. In a survey, weed trimmers have reported that working from mid- August to Christmas time that is till December, made them earn $3,000 per week, but based on how much weed is grown, the annual haul varies.

The curing process and growing method mainly determine how fastly a weed trimmer can through the stock. Mostly sun-grown, outdoor weeds can take plenty of time to trim when compared to other weeds. Though cannabis cannot be said as a cash crop, a report of the year 2021 stated that weed trimmers used to earn closer to $500-$700/lb. Still, few weed trimmers report that they make a whole year’s income from working on only one harvest.

Weed trimming claimed popularity once the cultivators realized that most of the required compounds present in cannabis secreted in glands on the cannabis flowers. Weed trimming is not necessarily a complicated task for newbies. However, experienced and professional weed trimmers have the potential to make significantly higher incomes than the novices, mainly when weed jobs were not taxed.

After the crop has finished its harvesting, the weed trimmers start the process of wet trimming by taking off all the unnecessary excess plant matter or trim from the resin-covered buds. As in the past, there were no machine trimmers; the cultivators had no choice but to employ the weed trimmers, by paying them good salaries for their consistent and fast work.

Despite this job being menial, it requires active employees who can perform the task without losing their steam over a full day’s work, as sometimes it can take as long as nine to eleven hours per day in peak season.

Weed trimming is mainly required for compound concentration and for beauty. The main reason for trimming the cannabis plants is to optimize their levels of cannabinoids, which are the aromatic compounds that protect the plants from predators by giving the flowers a great taste and by providing consumers many medical benefits, whether they are looking to smoke, vape, or consume edibles (click here to learn about some of the most potent ones available) in order to get the benefits they are looking for.

From the consumer point of view, the well-maintained or trimmed bud is the main sign that the product they are going to buy provides them with a certain level of quality assurance. The cultivators mainly have to keep up with their competitors by providing awesome buds that attract customers away from other merchandise.

The cannabis can be either under-trimmed or else over-trimmed, so trimmers should be consistent and confident enough in their work to avoid such things. Weed trimmer’s wages mainly depend on the quality work they offer and can vary based on efficacy and speed. Another main thing that plays a vital role in the weed trimmers’ everyday work is the harshness and taste of the flower.

If the bud is too loosely trimmed, then it would mostly emit a harsher smoke and heavy taste. Sometimes, lipids, chlorophyll, waxes, and pesticides exist within the plant matter the most, and the more of it there is contributes to a more earthy taste, by taking away from tasty terpenes.

For all these reasons, if the grow operations want to continue the cultivation and selling flowers successfully, then obviously they have to make sure that they hire the best weed trimmers and they compensate them with the best competitive weed trimmer salaries. 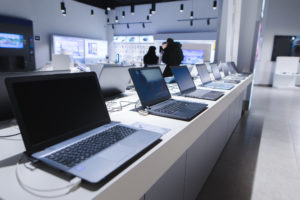 Cloud App vs Web App : All you need to know about
Estimated Cost to Create an Uber Clone