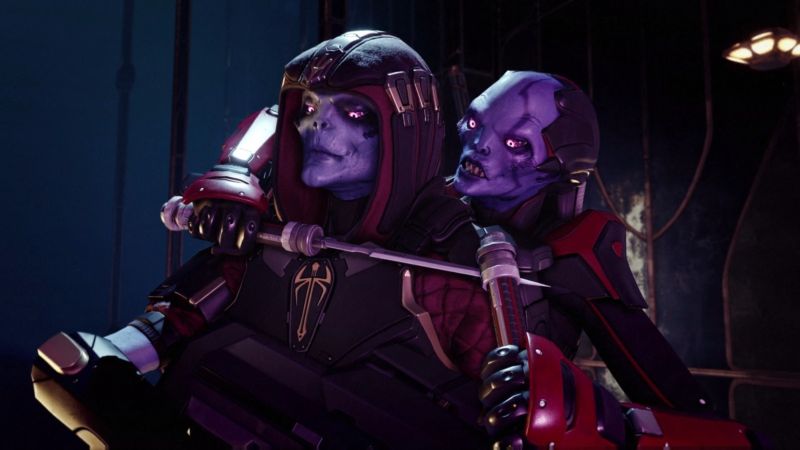 The acclaimed XCOM series comes to PlayStation 4 and Xbox One after becoming one of the best turn-based strategy games on PC with XCOM 2, a sequel set 20 years after the first game in the series. In a future where the aliens have seized power, XCOM members are forced to operate in the shadows to combat this threat and thus regain control of the Earth.

By not having as many resources as in the original delivery, will force us to have to adopt other strategies more focused on stealth and advanced tactics. In addition, now the maps will be generated randomly and our units will be more customizable, being able to select even new soldier classes. From the resistance, you will have to enter the limits of the Earth to gather the necessary forces with which to fight for humanity.

Passionate about turn-based strategy games have a reference in XCOM to turn to when they want to play one more turn and spend all night playing. With the arrival of the first extension of XCOM 2, called War of the Chosen, everything changes but everything remains the same in the game. It is an extension of 40 euros, which could well have been called XCOM 3 due to the large number of changes it introduces.

The reference to compare is Long War 2, a free mod distributed a few months ago and that completely changed the development of the game, the professions, the number of soldiers to take to the battlefield, and virtually all aspects of the game. In this case, War of the Chosen is not such a drastic change, nor does it have such an excessive difficulty as Long War 2, and that is what is interesting about it.

An extension is a good excuse to revisit a game already finished, since XCOM 2 arrived in February 2021. Since then Firaxis has published several DLC with additional content, which seamlessly combines with what the expansion of War of the Chosen contributes. For is an expansion at the price of the expansion, 39.99 euros, and therefore call it DLC is to lower the level of what the game brings.

Broadly speaking, the mechanics of strategy and tactics remain the same. The Avenger ship moves around the world making new contacts with the resistance to expand its influence – monthly income -, while it completes the missions that come from finishing with aliens and obtaining new resources, whether data, supplies, engineers, scientists, or alien material and equipment of all kinds.

The tactical plan of the game does not change much since the professions are the same, with the same abilities, although the same one changes slightly. What there is is changes in terms of enemies, which are added some more types, and especially the maps, which are much more and more varied and does not end up being so monotonous in the same game to continuously go through the same maps that had the base game.

The good thing about this expansion is that they put history. Yes, history XCOM 2, like the

first part, were reduced in the end to promote the soldiers and follow the tracks until destroying the root of the invasion of the Earth, the Elders. Here, more history is added -not even more- in the form of the Chosen, three soldiers of the Elders highly trained in the noble art of murder that will make life impossible for the soldiers of XCOM.

The Chosen have a chance to appear on the maps, and when they do, they will be a bigger problem. They do a lot of damage, they have a lot of life, but fortunately they have weaknesses that will make it easier to kill them in one way, but they also have unpleasant strengths – for example, the Hunter is immune to explosives, and the Assassin is not active guard or shots of reaction, among others-. As if that were not enough, they can also invoke new troops to fight at their side.

With the advance of the campaign, the Chosen are gaining additional skills, as well as intelligence on how to locate the Avenger. If you get enough information, proceed to attack the Avenger to destroy it completely, and proceed to have to defend the ship by land. The Chosen adds a point of uncertainty in the maps, since an easy mission in principle, can be complicated very much and end up being lethal.

The work on the battlefield of the chosen ones is to capture XCOM agents to get them information. They have abilities that they leave in the state dazzling a soldier, and that means that in the next turn they can approach him to extract the information they need, after which they will disappear from the map. If a soldier is captured in this process or a soldier is left behind in a mission, it will be necessary to discover where they hide it and rescue it to avoid speeding up the process of locating the Avenger.

When I said that War of the Chosen includes the same professions, it really was not quite right. The game, according to the new story incorporated, includes three new character classes: guerrilla, reaper and Templar. The first two classes are discovered with a special mission that must be completed to obtain a member of each of those factions. The only problem with the factions is that they are not recruited in the normal way, so their number will be reduced within the XCOM ranks.

The Guerrillas are Advent agents who have freed themselves from the yoke of the elders and now fight alongside XCOM to fight their oppression. They have a high mobility thanks to a width included in their armor, and can fire twice their weapon called bullpup per turn.

The Reapers are a group that tries to clean the cities of the Lost, a kind of zombies created from the pollutants discharged by the aliens to reduce opposition in the cities. They are highly secretive, and their ability to enter shadow makes them only see them if they are right in an adjacent box. They are also experts at firing with the rifle, and can double as snipers – without much damage – on the battlefield.

The Templars are experts in psionic, and they fight with mental blades to melee. Each time they kill an enemy they get a concentration point, which they can later use to use some other psionic power that they will have available as they rise in rank. Some abilities will do more damage or have additional effects if you have more than one accumulated concentration point.

The Resistance factions are an interesting addition from the point of view of game history, and each of the chosen ones has a weakness for the damage of one of these character classes. Along with these new factions are also introduced the Lost, which as I said are a kind of zombies. There are scenarios that will warn of their appearance, since for example the noise of explosives attracts hordes of lost.

When they appear, they do it in a high number, but they usually have a quantity of life that goes from 2 to 4 points, although as the campaign progresses they will appear lost with 6 to 10 points of life. When a lost person is killed, the action used in the shot is recovered, so that they can kill each turn with a single soldier. For friends of achievement, there is one to kill 15 lost in a single turn.

Avenger, strategic plan, and the soldiers:

At a strategic level, the game introduces some new mechanics. The first is the Ring of Resistance, which is a new facility that can be built in the Avenger and that gives access to special missions. They can be sent to one or several soldiers, and they are resolved in a quasi-automatic way, although they can lead to a mission to be completed later by a group of XCOM soldiers. The missions provide from clues of where is the strength of one of the Chosen, to armament, acceleration of investigations, personnel, and more. They take several days to complete, and can lead to agents injured or killed, or exposed to an ambush.

Another change is the orders of the Resistance, and of which depending on the level of affinity with each faction, one or more may be chosen. Special modifiers are given, as an additional 15% of resources each time resources are obtained from any source, or in the missions of the Ring the soldiers can not fall prisoners of ambushes. They facilitate the game at a strategic level, but there are also some that modify the tactical level, for example by adding additional turns to the missions that take turns.

XCOM 2: War of the Chosen is a great improvement of XCOM 2 at all levels. Enter much more variety of missions, more monsters, more scenarios and a background story. I like for example when they talk or give additional information after finishing a mission, and the amount of phrases and conversations that are said in the Avenger while it is going from one side to another deciding what to do provides a greater vision of what happens in the planet. Not that they add a lot of additional background, but at least there is more interest in making the game is not just a matamata meaningless.

I have left in the inkwell many of the changes there are, because it is almost better to play it to know them little by little, but it is a recommendable purchase, although perhaps when it comes down in price. Pay 40 euros for a content that should have arrived with the base game can feel bad to more than one if you are not enough fan of the saga, because it is the problem of always selling games by fascicles. Those who want to wait, surely in a few months is much cheaper, and if not in the Christmas sales Steam will be available. That, in addition, cannot be purchased in the version

Syed Moin AliHello My Name is Syed Moin Ali and I am the founder of PC Learnings Here on this blog I write about Blogging, SEO, Internet Tricks, Social Networking Site, and Make Money
Posted in:
Games
Leave a Reply Cancel reply
Categories